One of the most common questions among those applying for a job in UPS is: Does UPS perform a drug test on their employees? The job hunters definitely need to know this answer before they step in for their interview. Knowing one’s rights as an employee is important, just as it is essential to know the company policies.

United Parcel Service (UPS) is one of the biggest and most popular global shipping and logistics companies. Securing a job with UPS is a great deal. Thousands of job seekers worldwide apply for their employment in this company—whether it be part-time, full-time or seasonal employment.

It is true that the company initially drug tested their felons, but most of their facilities reneged over time. However, there are still conflicting answers to the question: Does UPS Drug Test Package Handlers? While some workers have to go through a drug test, some employees claim they were appointed without any drug test.

The company holds the right to subject their employees to a drug test if and when they feel there is a reason to that is if they feel that they have come to work but are not sober. While conducting the drug test, they check the person’s system for cocaine, opiates, marijuana, phencyclidine, ethyl alcohol, hydrocodone, amphetamine, barbiturates, benzodiazepines, and other similar substances capable of altering the normal reasoning and functioning of the human brain.

So, if you are applying for the position of Package Handlers, consider preparing for a drug test as well. With a little preparation, you have nothing to lose if they do or do not conduct the test.

A little piece of advice? Consider avoiding your day’s job under the influence of any substance, irrespective of their drug test policy.

Let us now dive a little deeper into the process to be aware of everything regarding the UPS Drug Test.

UPS Drug Test Policy is comparatively relaxed, even though they are particularly strict, especially for package handlers.

Usually, UPS does not carry out any pre-hire test for the employees during the interviewing process. However, the employees might have to undergo a drug test while they wrap up their screening process.

The drug test is sometimes done as a part of their background check to ensure that their employees are not into substance abuse. However, that test is usually carried out before they sign the contract.

Random Drug Test is something that a UPS employee might always watch out for. UPS is popular for conducting random drug tests on its employees without any prior notice whatsoever. If any of the employees fail the drug test, their employment is terminated immediately.

Random drug testing is mostly conducted to regulate their employees’ exposure to drugs to deliver better performance. Since drugs may influence their judgement or even character, their performance is bound to be affected. Another reason for random drug test is to prevent their employees from accidents. Since they have to handle packages, operate machines or drive cars, substance abuse might subject them to dangerous accidents.

UPS also has the right to conduct a random drug test on a particular candidate any day if they arouse any form of suspicion.

And since the tests are done impromptu, the best solution to avoid getting caught is abstinence from drugs.

UPS may also conduct a post-accident drug test, regardless of the severity. Whenever any employee meets with an accident, they might have to undergo a drug test. This is done to determine whether they were under the influence of any psychoactive substance when the accident occurred.

If the test results are positive, the employment stands automatically terminated. So, employees should be very careful with their job while operating the machines or handling the equipment.

As already mentioned, UPS likes to do impromptu drug tests without any prior notice to its employees. The testing authorities can show up any time and just call up their employees randomly, asking them to provide the sample for their drug testing. The employees are in no place to refuse to conduct the test.

Usually, UPS conduct Urine Drug Test. UPS is seldom known to use blood or hair as samples for drug testing. Instead, the employees are asked to urinate on a cup and give that sample for immediate testing, which means that the sample of urine must be clean at the time of testing. Generally, one specific drug test is done on the samples.

If you are under any kind of medication that might cause you to test positive, you must inform the company beforehand, preferably with some documentary proof as well.

When does UPS decide to Conduct a Drug Test on a Particular Employee?

Apart from conducting random drug tests on all their employees, UPS has the right to call any particular employee anytime to run a drug test on him/her. The reasons that lead to such decisions are.

In all the above cases, UPS can subject any particular employee to undergo a drug test, failing which their employment will be immediately terminated.

Some Important Facts that You Need to Know about UPS Drug Test:

Before you go, check out these pointers of the essential facts that you need to know about the UPS Drug Test.

Random Drug Tests can be scary, especially if it’s your first time. However, you definitely have nothing to worry, if you do not subject yourself to any kind of substance abuse. And if you do, remember to say goodbye to that habit once you decide to secure yourself a job at UPS.

UPS is a reputed company, and it doesn’t want to drown its brand’s name for its employees taking illegal drugs. So, they conduct random drug tests to keep a tab on their employees. They are especially strict with package handlers as they are bestowed with responsibilities of certain risky jobs, failing to endanger their as well as others’ lives.

UPS respects and cares for its employees and their safety. And hence, they expect the same from them as well. 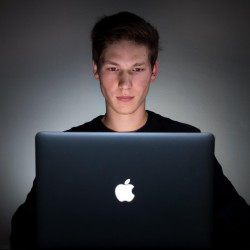